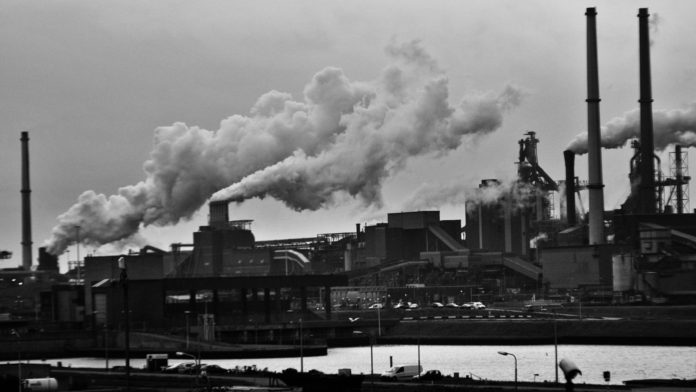 Let’s start with the uncomfortable truth. The world is in the midst of a global climate emergency and if we continue burning fossil fuels at the present rate, this planet will be unable to support human life.

There is no serious debate about this. It’s one of the few things that almost 100% of scientists agree on. Climate change and global warming have been triggered by human activity. Specifically, the last 250 or so years of unrestrained fossil fuel combustion, aka the industrial revolution.

For more than two centuries, we went hell for leather, extracting energy-dense oil and coal from deep beneath the Earth’s surface, and burning it to power our machines – from steam trains and flour mills to Netflix and iPhones.

If we had to pick a tipping point in this trajectory, we could look to the 1770s when a Scottish engineer and inventor, James Watt (1), redesigned the steam engine.

Watt came up with such a clever and efficient steam engine that suddenly all the industries that had relied heavily on manual labour could mechanise their operations. Watt’s engine was quickly in demand from paper mills, flour mills, cotton mills, iron mills, distilleries, canals, waterworks, and more.

Before this, humans lived and worked in mostly rural societies focused on agriculture and handicrafts. But suddenly, goods that had always been painstakingly crafted by hand could be quickly produced in mass quantities by machines in factories.

It led to an explosion of industry and ramped up urbanisation as subsistence farm workers walked off the land in droves looking for supposedly better lives in the cities. Those better paid jobs were in the tall chimneyed factories that filled the skies with black smoke from morning till night.

Watt became a celebrated man of his time – so celebrated in fact that units of electrical power were named after him (2) –  he could never have imagined that his ingenuity seeded the megatrends like population growth, urbanisation, and rise of a middle class, which are driving the environmental devastation we’re now facing.

The steam engine enabled the invention of more and more machines. First, we had the steam train, the steam ship, then the private motor car, and then the aeroplane. Suffice to say, all these new-fangled inventions were powered by fossil fuel combustion that belched huge amounts of C02 and greenhouse gases into the atmosphere. A global warming crisis waiting to happen.

Nothing, though, is black and white. The industrial revolution also brought many positives and humanity has made astonishing progress in many areas. For example, in 1800, around 40 percent of males and 60 percent of females in England and Wales were illiterate; by 1900 illiteracy for both sexes had dropped to around 3 percent (3). For more examples of data on human progress, read Factfulness by Hans and Ola Rosling and Anna Rosling Roennlund (4).

This, then, was the century where publishing exploded thanks to the rapid expansion of a population that could read as well as better machinery for printing and binding. Books, poetry, periodicals, newspapers and more found huge popularity. Suddenly, new ideas and information could spread faster and further.

We also enjoyed huge improvements in life expectancy, health and sanitation, agriculture, education, culture, medicine, transport, communications, as well as a steady decline of the number of people living in extreme poverty (until the Covid pandemic when figures increased (5). But it’s now clear that this progress has come at an unacceptable price. Every gift of the industrial revolution has left us with the legacy of a degraded planet.

THE PRICE OF PROGRESS

When Watt was alive, the world had just one billion people. The idea that human activity could destroy the planet’s seemingly robust ecosystems would have been unimaginable to him and his peers. Today, we’re looking at a population of 10 billion by 2050.

Back then, the Earth’s resources must have seemed limitless and the planet seemed to effortlessly cope with humanity’s hunger for those resources. The oceans were teeming with marine life, the land was plentiful with wildlife and animals. There was what seemed like endless quantities of clean fresh water. The air was clear and clean.

The result? We’re using the planet’s natural resources up 1.7 times faster than they can be regenerated (6) We’re over-fishing, over-harvesting forests, and emitting more greenhouse gases into the atmosphere than nature can deal with. This excess of greenhouse gases has caused the Earth’s average temperature to rise, which is driving ocean acidification, water scarcity, desertification, biodiversity loss, extreme weather events like flooding, storms and wildfires, and more.

The better news is that we are at last heeding the warnings of the scientists who have been banging the drums of impending disaster since the 1970s.

The world is waking up to the dire consequences of our rampant fossil fuel usage and steps are being taken to lower our greenhouse gas emissions.

It’s very clear what we need to do to address the horrors of rising global warming. We need to get the world’s carbon emissions to net-zero (7) by mid-century at the latest. But achieving net-zero requires nothing less than a complete transformation of our global economy so that all market players – governments, businesses, communities and individuals – are collaborating to restore earth’s natural systems.

While the journey may be long, the most important step is the first, so head on over to the Guides section and explore some practical tips on how to get started.

Tamara Pitelenhttps://www.greenermatters.com/
Co-founder of sustainable consultancy Greener Matters, I'm an Associate of the Institute of Environmental Management and Assessment (IEMA), as well as a graduate of the Cambridge Institute of Sustainable Leadership's Sustainable Business Management course. Before becoming a sustainability professional, I had a 25-year career in the media, starting out as a daily news journalist at The Christchurch Press in New Zealand before moving into digital media and magazine publishing in Australia, UK and Middle East. Now, along with my business partner, I help businesses and organisations understand the risks and opportunities of the decarbonising global economy as the race to net-zero by 2050 picks up speed. Sustainable business is good business. Originally from New Zealand, my work has taken me to London, Sydney, Hong Kong, and Dubai. I'm now based in Bath, UK (since 2016). While living in Dubai, I was Product Manager Digital for Arab Media Group, followed by Head of Digital at Arabian Radio Network. In both roles, I oversaw the groups' digital brands. From there, I moved to CPI Financial Publishing where I managed various consumer and contract magazines. A serial entrepreneur, as a side project in Dubai, I founded a magazine publishing company, Awakenings Media, in order to launch the region’s first health and wellness title, Awakenings Middle East. A second entrepreneurial project in Dubai was the launch of Social Circles Dubai, an online and offline social networking group.

The surprising carbon footprint of the internet

The surprising carbon footprint of the internet

Shein Too Deep: Can the fast fashion retailer really change?

The Sustainable Business Guide is designed to be a source of practical, reliable information for business leaders.   We believe that business can, and must, be a force for good.  We are working for a just transition to lower carbon economy where businesses can regenerate the environments they operate in and the societies they serve.